It’s another sunny weekend (despite earlier forecasts of rain) and another Grey Wolf hike, this time led by Anna. She’s chosen the Pipeline Track loop in St Ives, and is leading three younger Cubs on her “Adventurous Journey”. They set off ahead of the adult leaders, armed with a map and two-way radio, so we can check-in on their progress. 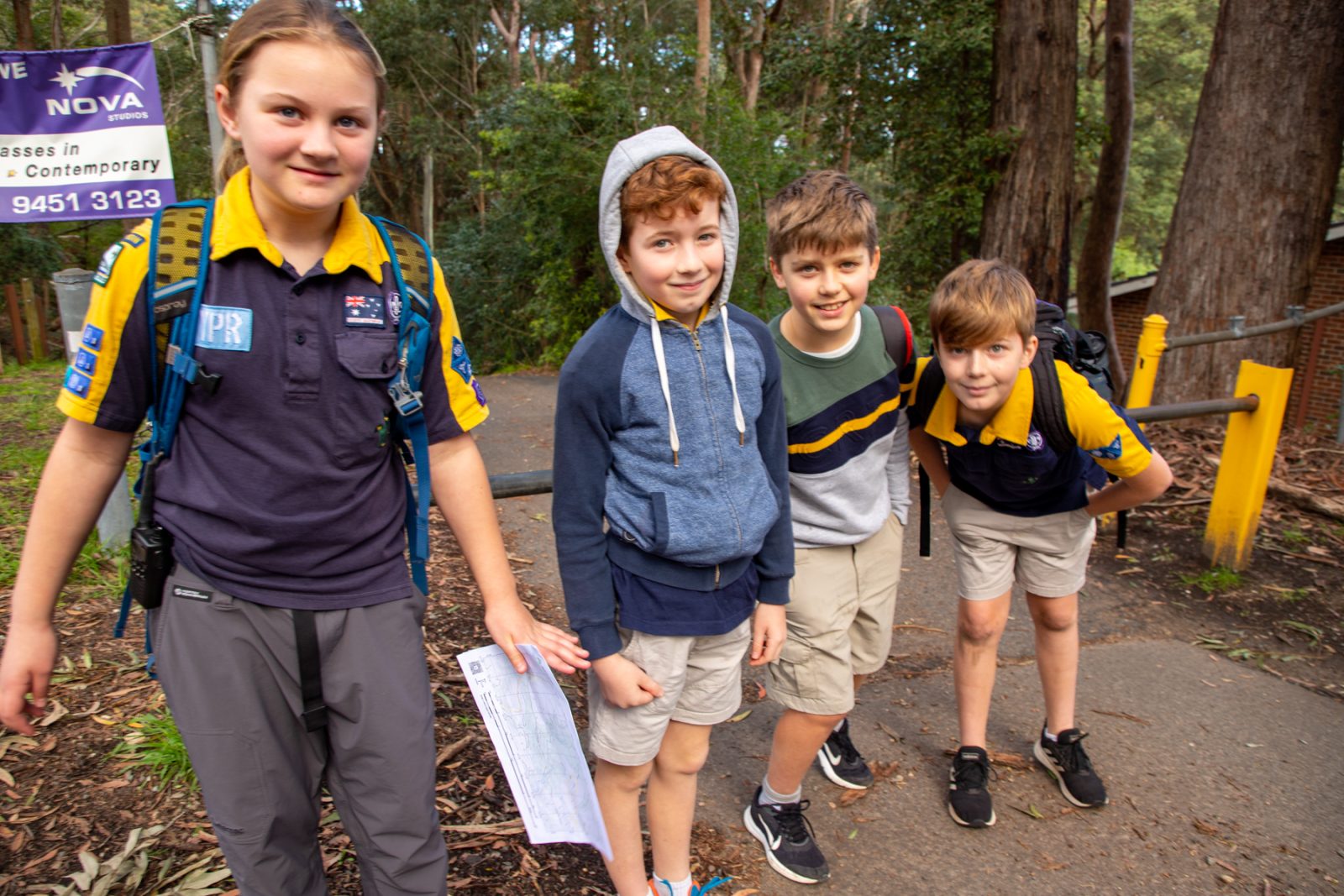 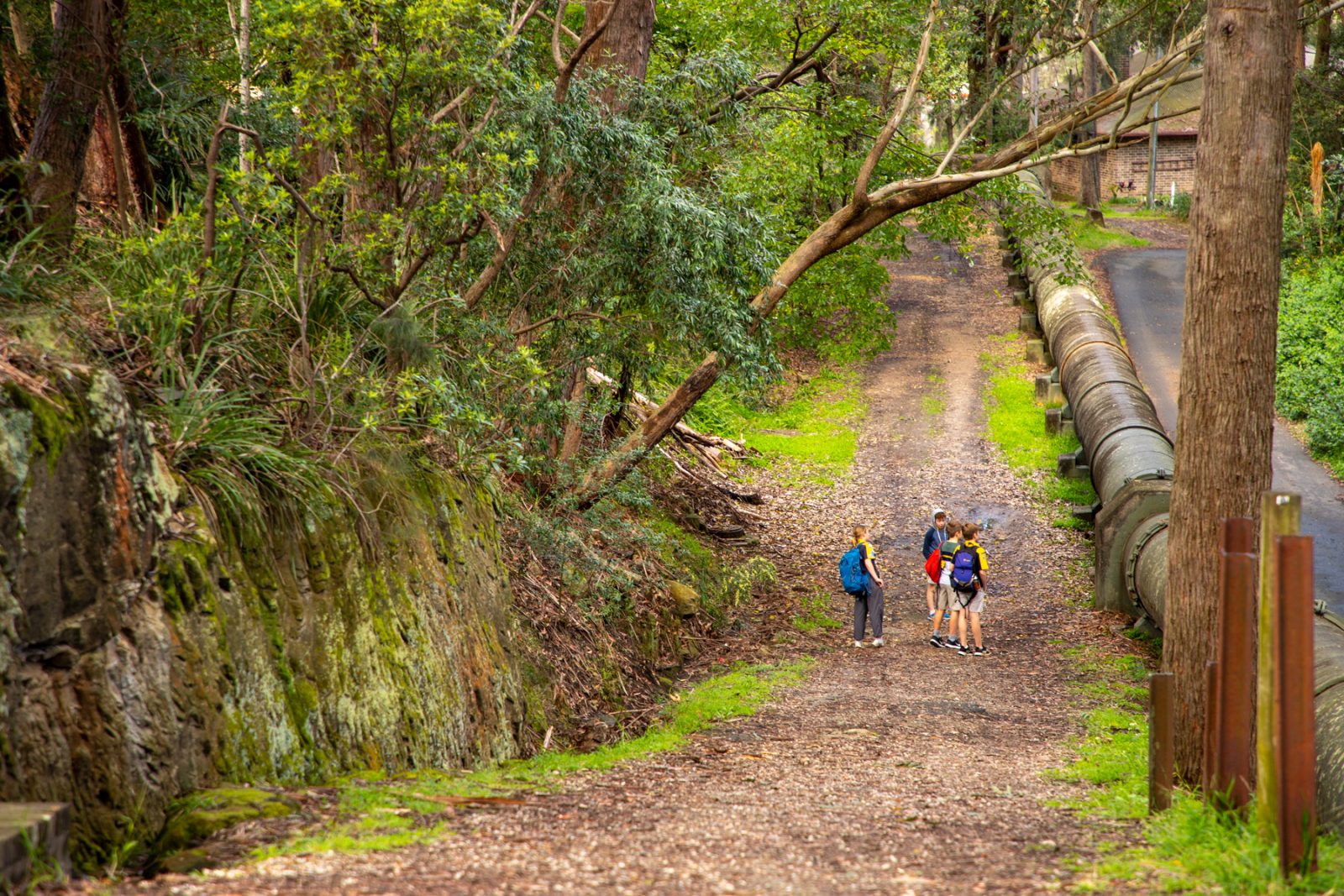 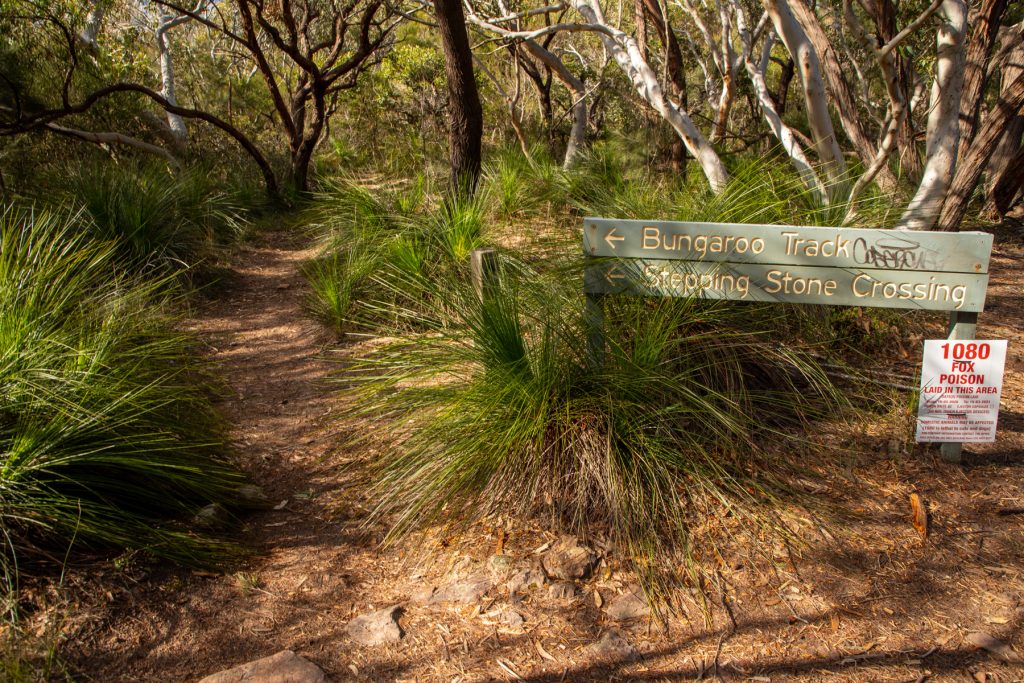 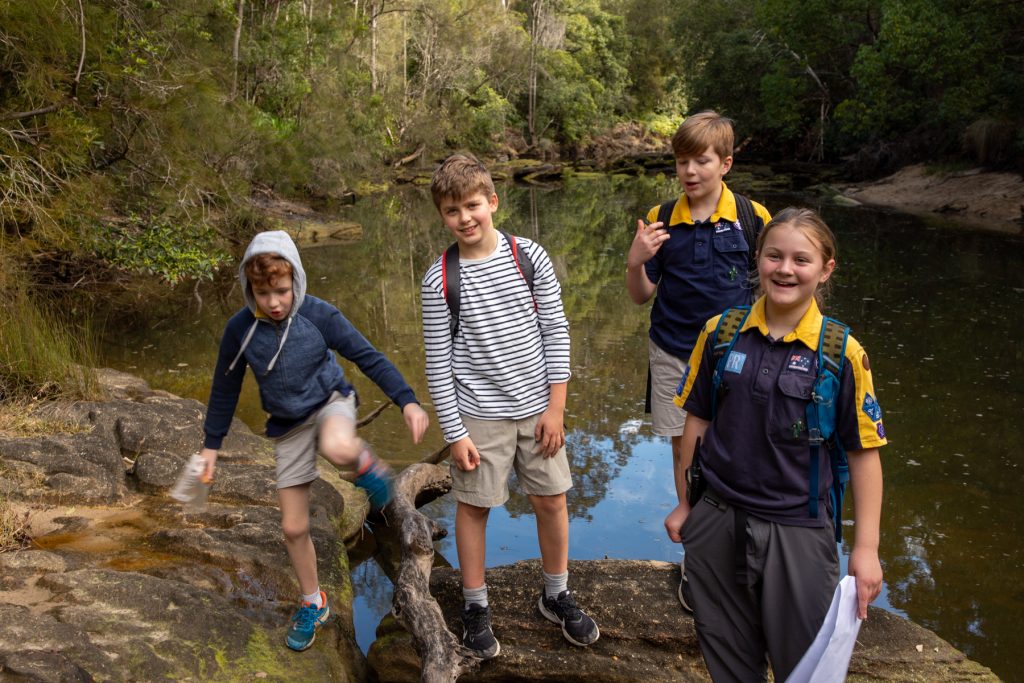 At this point Anna decides it would be a good idea to have afternoon tea on the other side of the creek, which the Cubs carefully cross over a series of moss-covered stones. So far, no wet feet… …although a rising tide makes the return journey over the same rocks too difficult, so the Cubs head a bit further upstream to the Stepping Stones. Here a series of huge stones across the creek provide a way across the creek. We wait patiently for the Cubs to walk upstream, cross the creek and return to where we are. Until our radio crackles into life: “We have a problem”. Heading up to meet the Cubs and ascertain the problem, it appears that at least one of the Stepping Stones has been washed away in the last heavy rain. So, it’s shoes off (or in some cases shoes on), for a wade across the creek. A slightly more “adventurous” journey than originally planned! 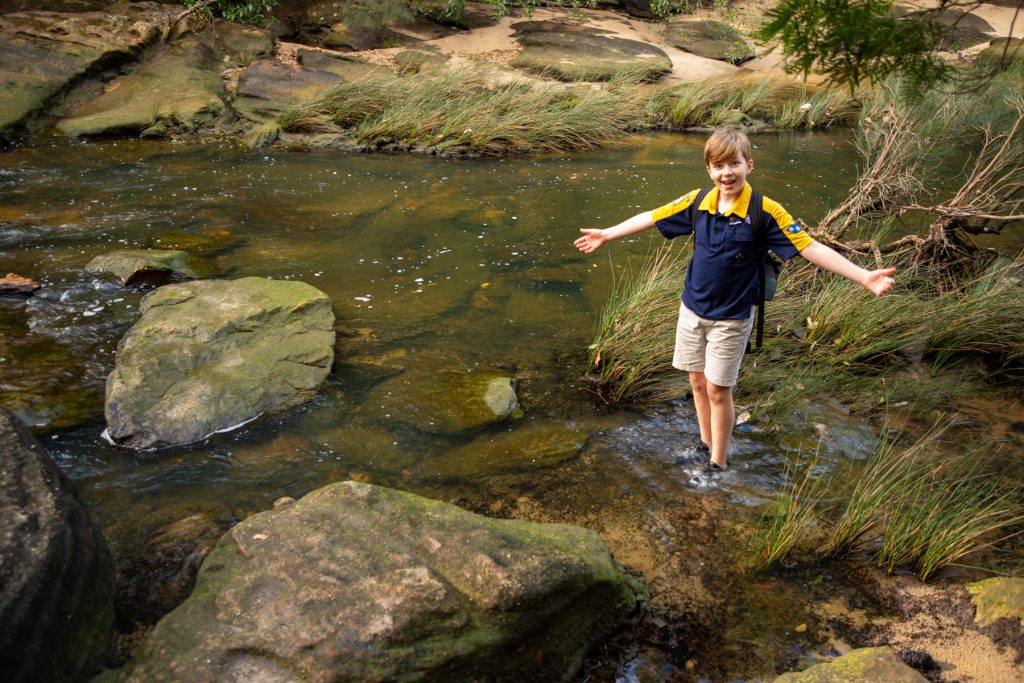 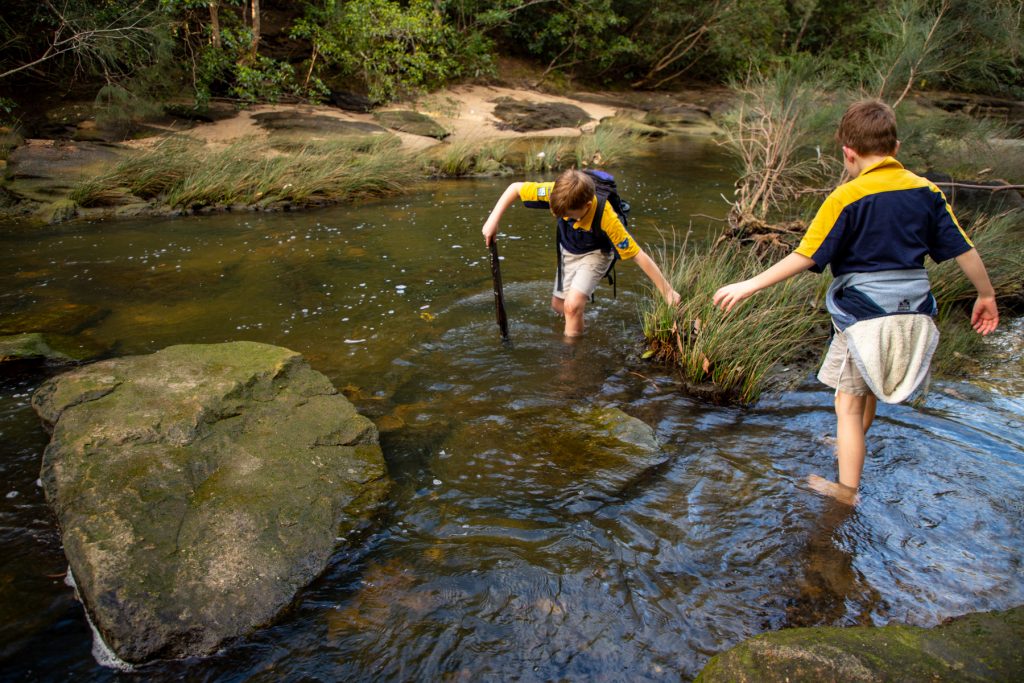 With a tiny bit of enouragement from the Leaders (the Cubs could happily have stayed in the creek for hours), Anna has her group re-shoed and on the move again for the return leg along the creek and up the Pipeline Track. There’s another quick break when Anna radioes in to advise of a First Aid stop, after one of the Cubs cuts their finger on a leaf. Fortunately, Anna remembers some of her First Aid training! 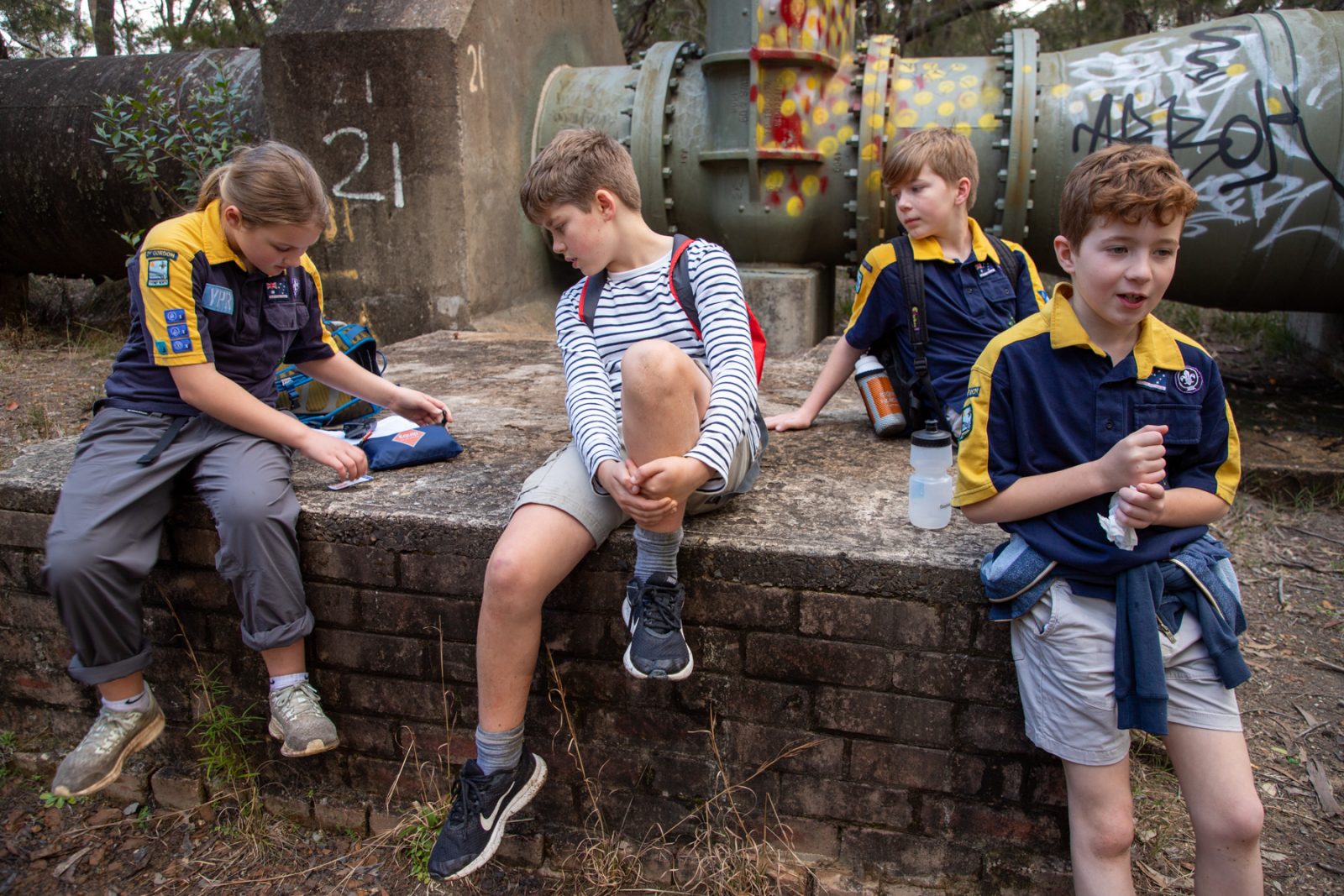 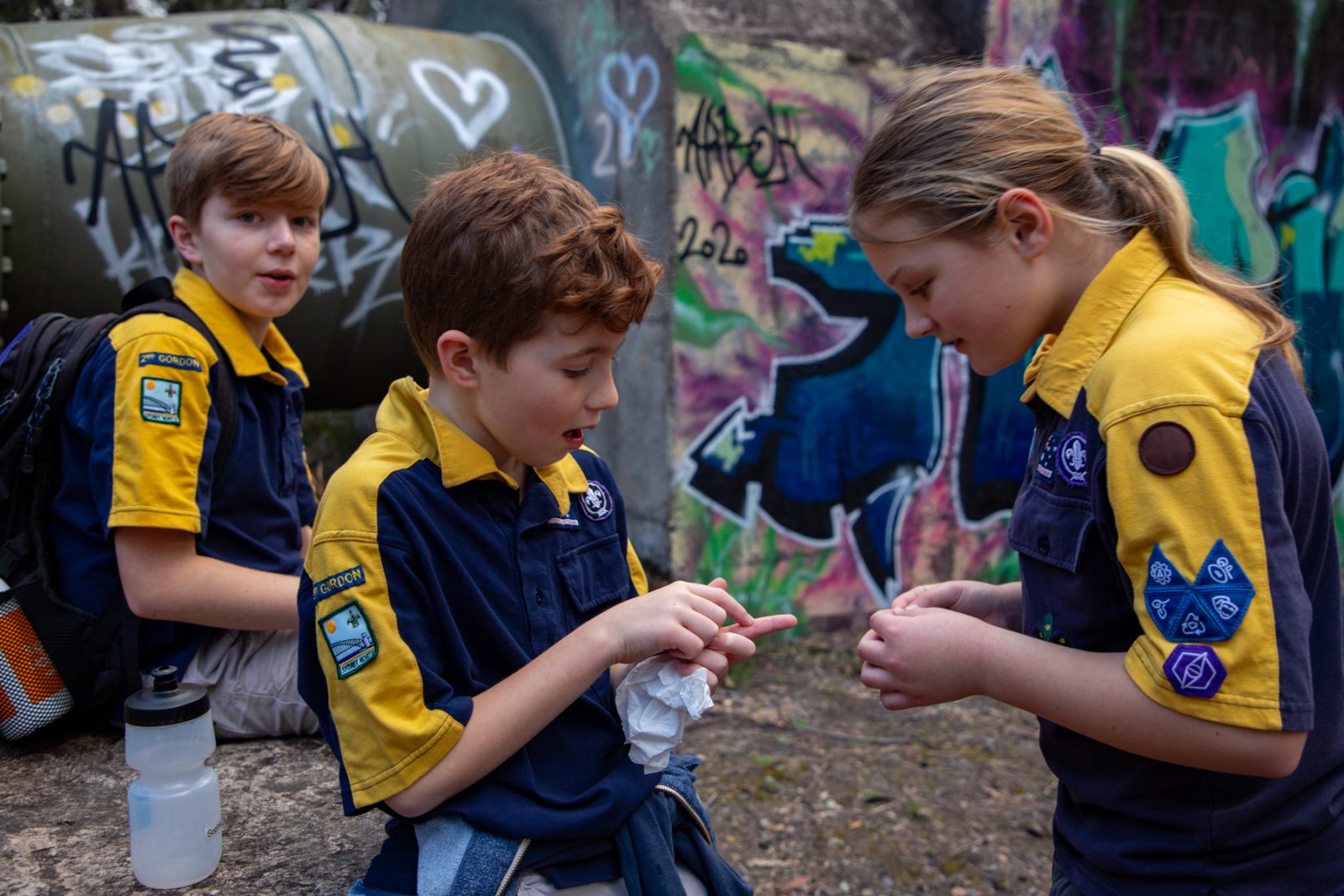 Then it’s a constant climb back up along (and sometimes on top of) the water pipeline to our starting point. 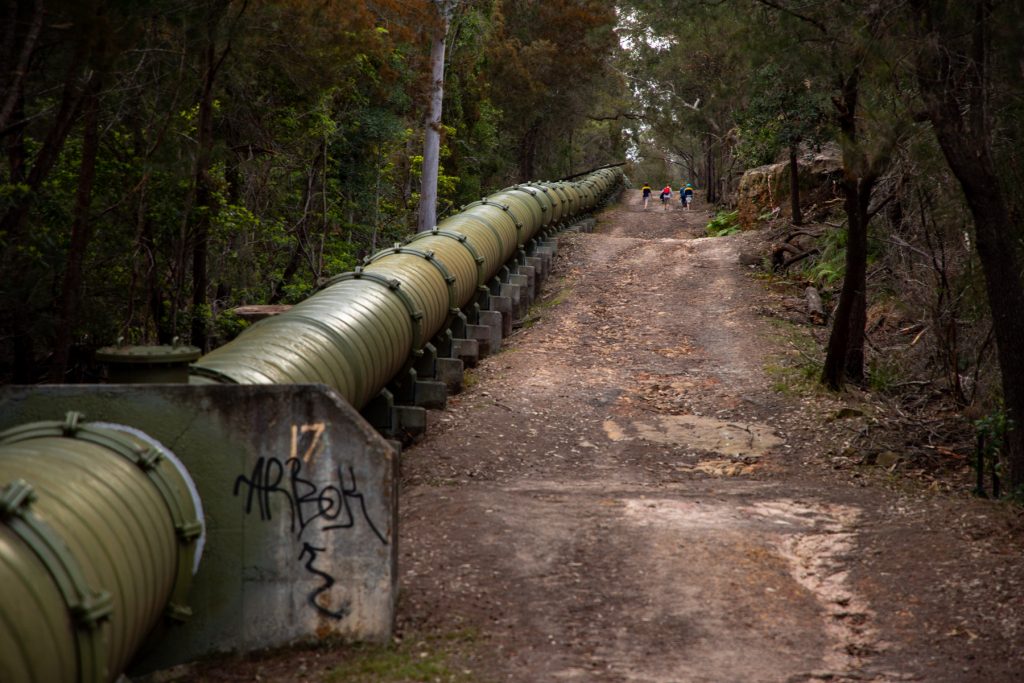 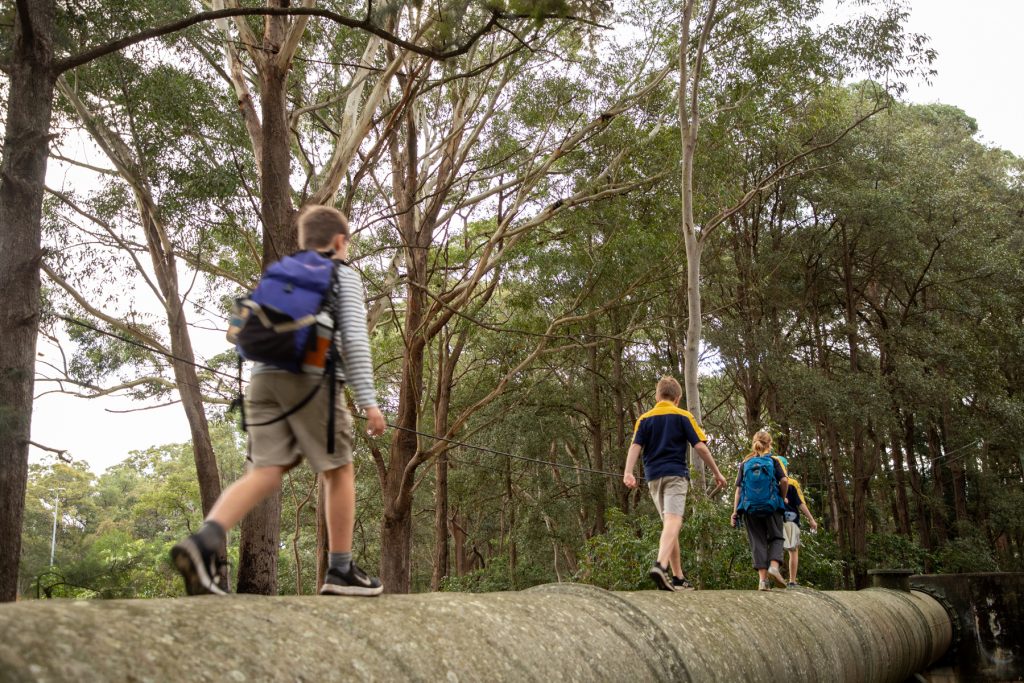 Well done Anna… great leadership and an enjoyable bushwalk for the Cub Scouts and adults.