It’s our second visit to the St Ives Wildflower Garden, with the Cubs keen to earn their “Environment” badge. Their first task is to construct an “activity book” so they can write field notes on what they see. We’re in the expert and patient hands of Jenny the Ranger and Cub Tamer, who soon has the Cubs engrossed in creating their books. 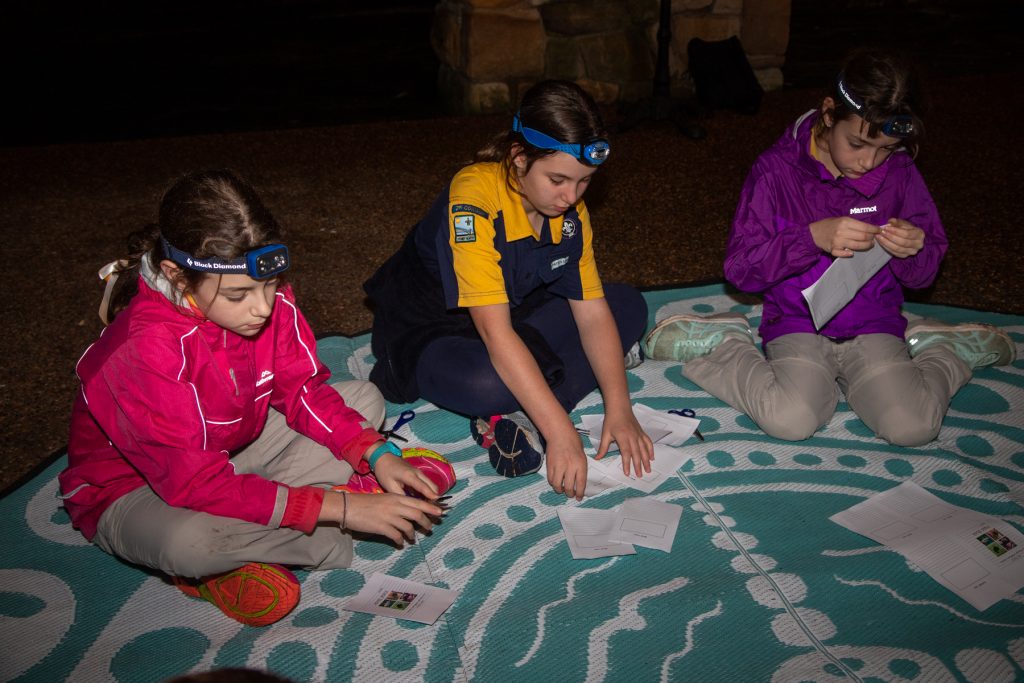 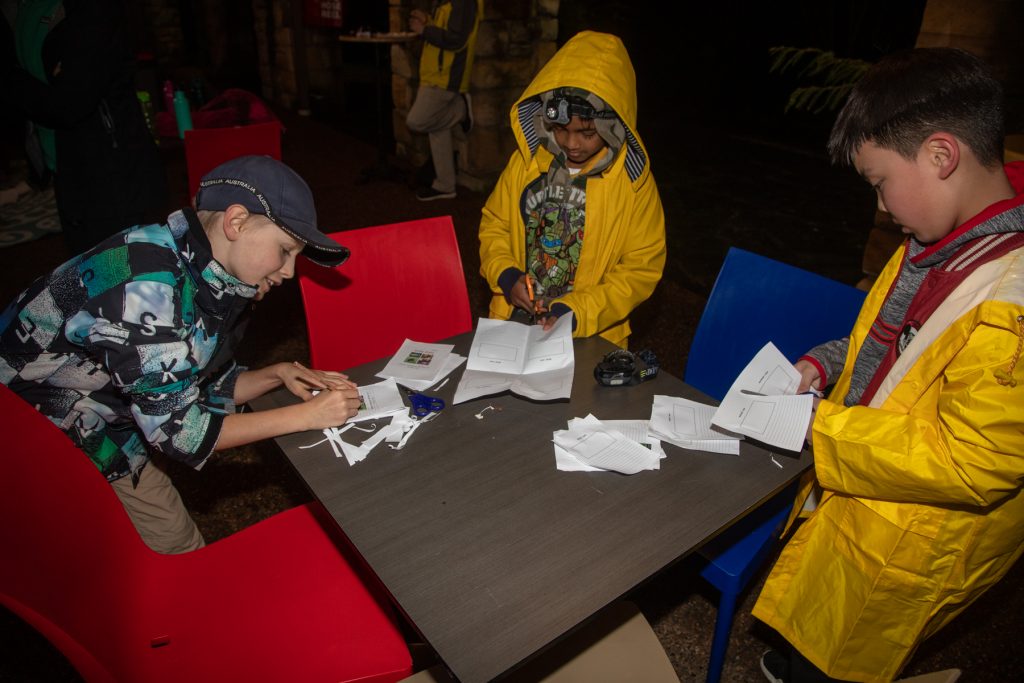 Since the weather isn’t great, we start by looking and touching a few captive animals. The Cubs sketch and document the stick insect: as well as having unusual shapes to camouflage themselves, we learn that the males are smaller than the females, and possess functioning wings so they can fly a short distance. 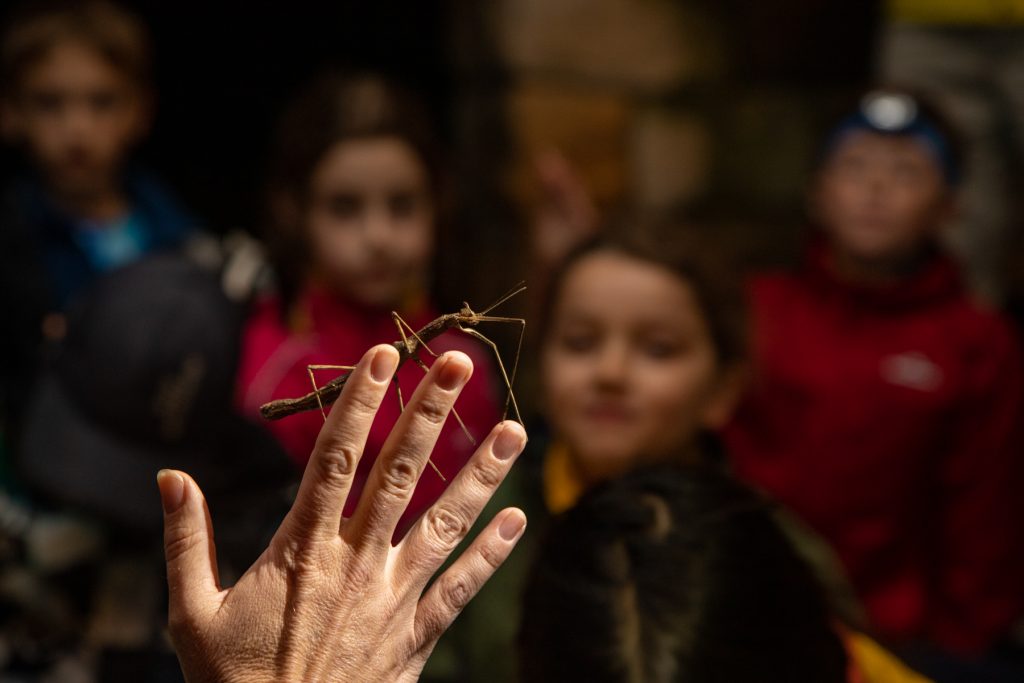 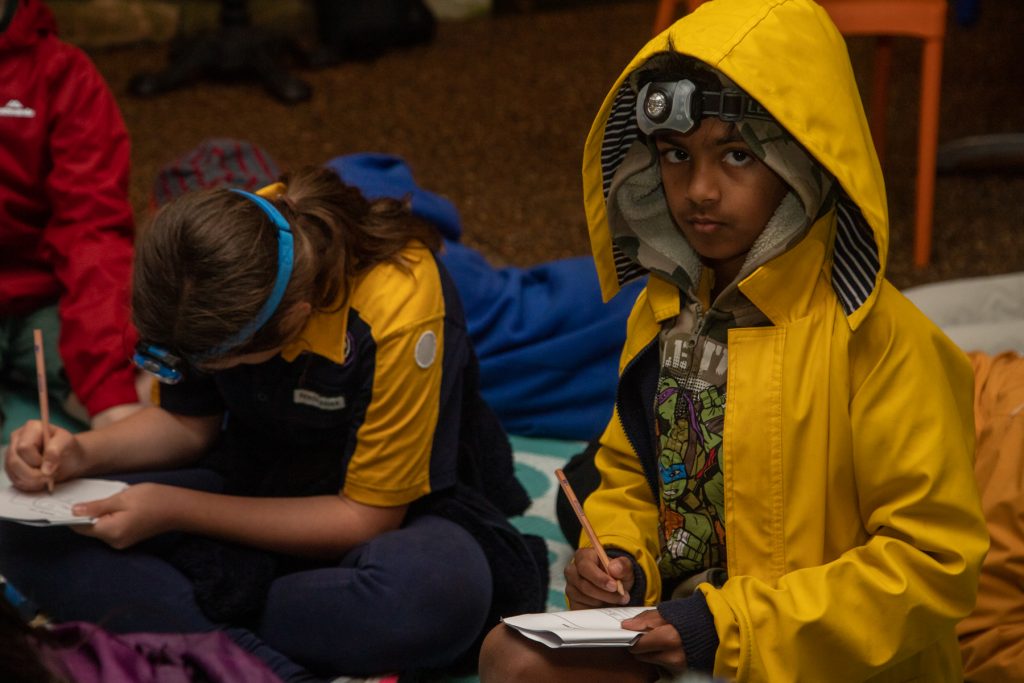 Looking more like a scorpion but far less dangerous (at least, that’s what Jenny assures us) is the Spiny Leaf Insect. Next is the blue-tongued lizard, the largest members of the skink family, which the Cubs were able to touch. When threatened, blue-tongue lizards their mouth wide and stick out their broad blue tongue; surprisingly, this one was not overly intimidated by our rowdy Cubs! 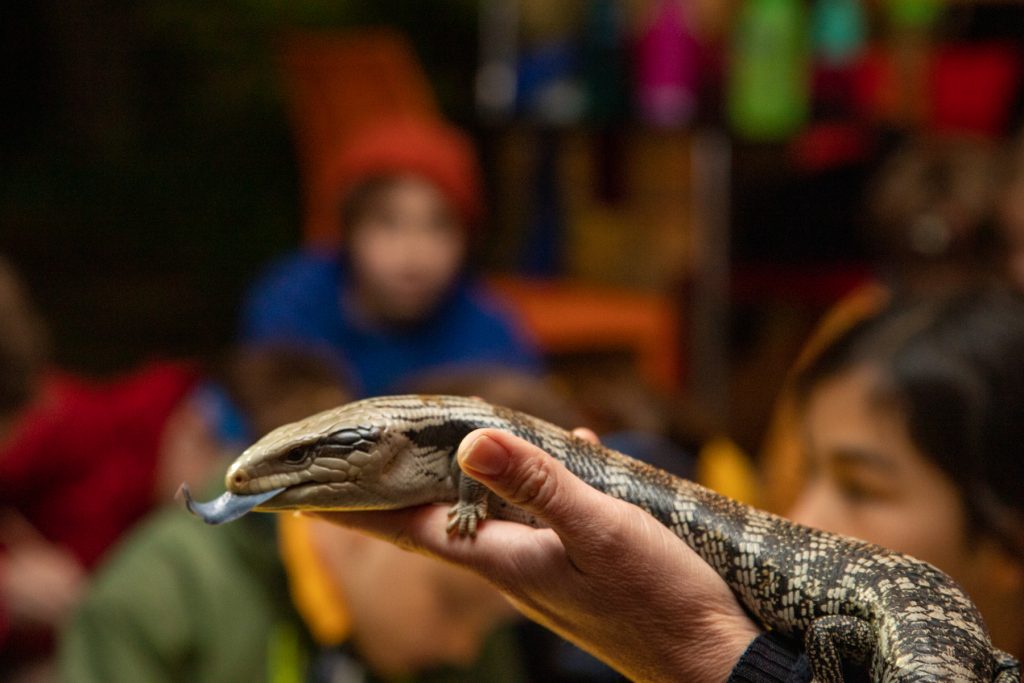 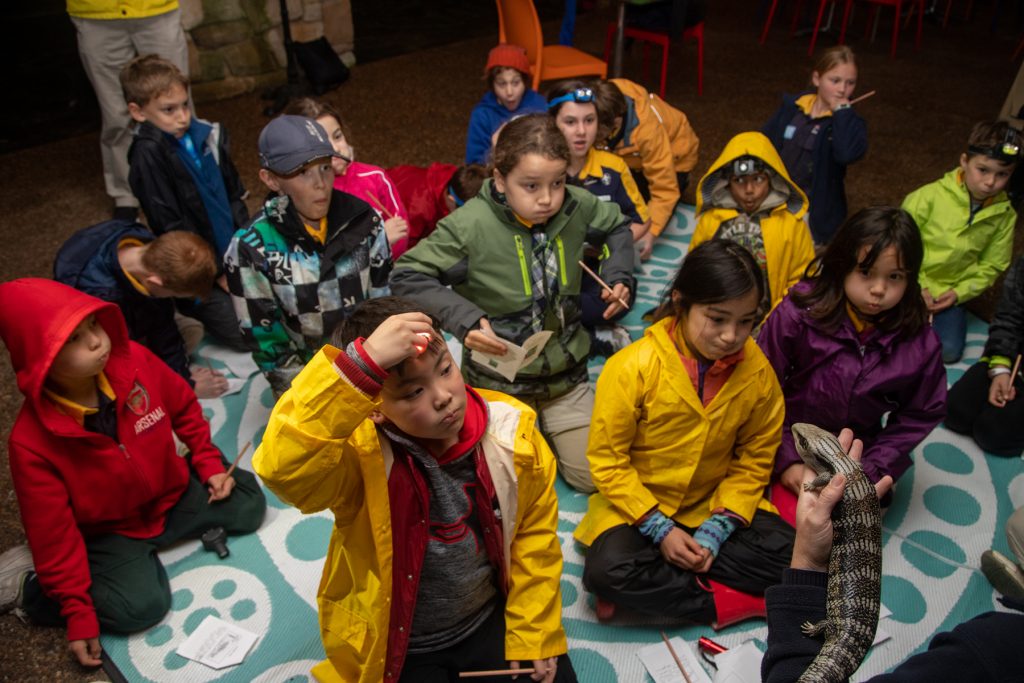 Last but not least is the Children’s Python, named after the scientist John George Children, who first described them in 1842. Currently 43cm long, it will grow to a little over metre. 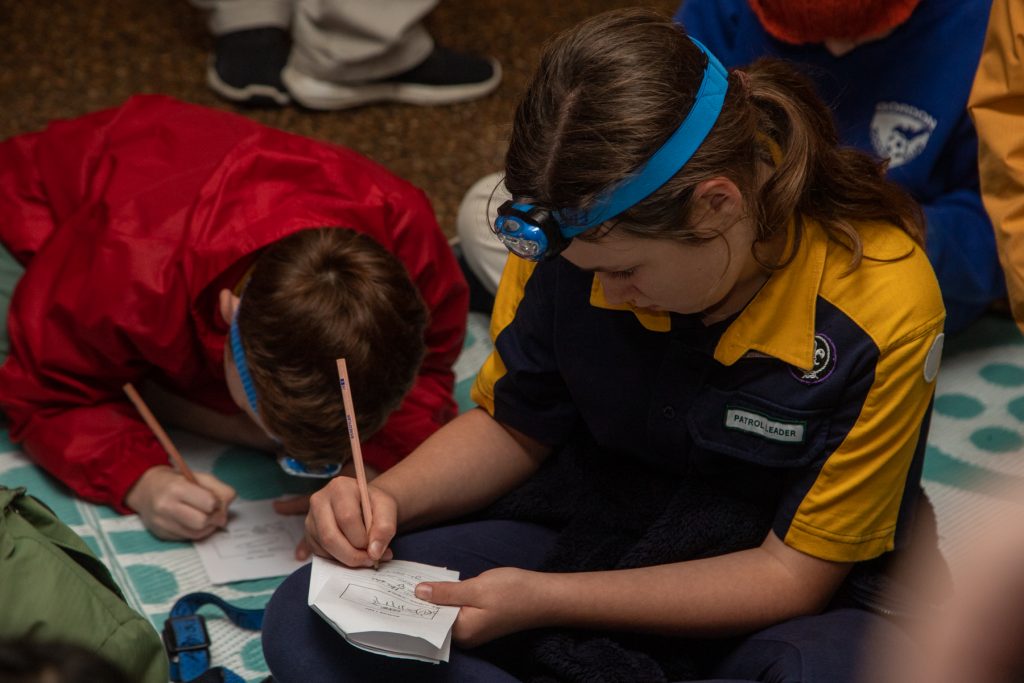 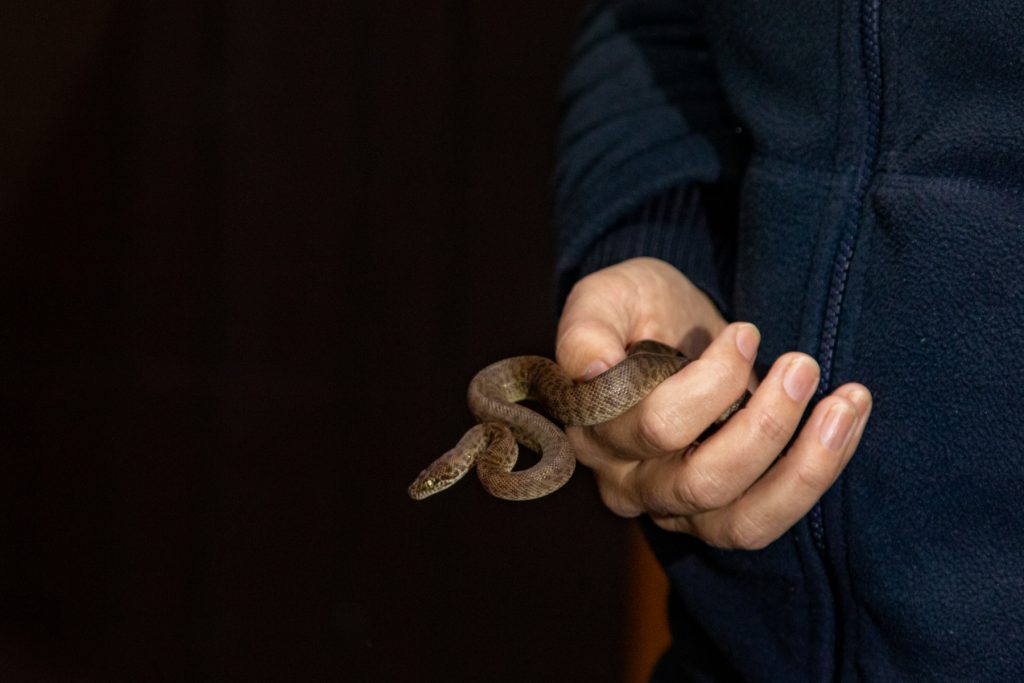 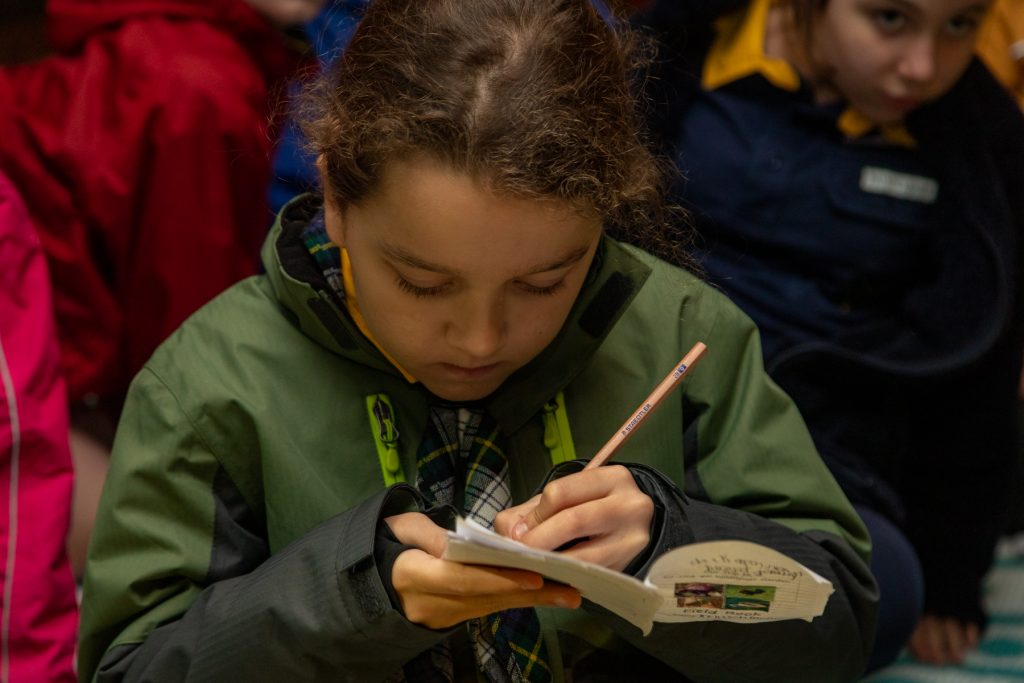 We still have time for a short walk around the Wildflower Garden, with the rain holding off… unfortunately, and perhaps not surprisingly (considering that “quiet” is NEVER a word that has been used to described our Cubs), we don’t manage to spot anything!

Another great evening – many thanks to Jenny for hosting us!